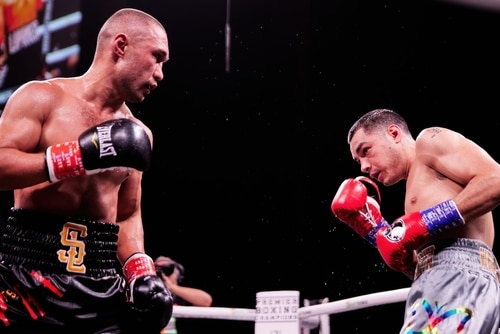 Florida Boxing Promoter's Bond The Boxing Promoter's License Surety Bond is required by the state of Florida Boxing Commission. This Bond is designed to protect participants such as but not limited to Physicians, Timekeepers, Referees, Judges, and Inspectors. It protects participants from expenses, taxes, penalties, and damages from promotional activities necessary to properly execute a private or public boxing event. It guarantees that the license (Principal) will faithfully comply with the law.

This is a bond issued by Florida to protect the public against losses suffered by persons who promote professional boxing matches.

• The bond protects the promoter against loss resulting from injury to the boxers, their seconds, trainers, managers, agents, and other participants in the promotion of a match.
• The bond also covers the payment of medical expenses incurred by the boxers, their trainers, managers, and other participants in a match.
• If the promoter fails to pay the amount due under the bond within 30 days after demand, the state shall pay the amount due plus interest at 12 percent per annum until paid.

• Protects the promoter against financial losses caused by injuries sustained by boxers, their seconds, and trainers during the promotion of a match
• Provides protection for the promoters' liability insurance coverage
• Allows the state to collect money owed to it by the promoter

How do I get a Florida Boxing Promoter Bond?

The application process for a Florida Boxing Promoter Bond is quick and easy, usually only taking about five minutes from start to bond download (most instant issue bonds). Simply click the "Buy Now" button below, complete the few questions for the bond application, pay, then print your Bond delivered via PDF in color. By posting a surety bond, principals pledge to comply with the conditions of any written contract or applicable law.